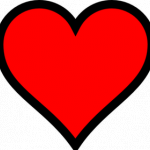 Welcome. You have entered the firing zone. You can now officially partake in a Wiki

There will be 5 teams (Riker, Rydel, Rocky, Ross, Ratliff)

I will randomly put you on one of the teams.

The snowball fight will end on January 1st.

But up until then, you are free to message me telling me which team you want to hit. You are allowed 2 hits, per day, per person.

That means, if there are 2 people on your team, you can hit another team 2 times (either 1 hit on one team and one on the other, or 2 hits directed towards one team), and the other person can hit a team 2 times.

Get started and take cover!!!

Retrieved from "https://rosslynch.fandom.com/wiki/User:Red_Compassion,_Red_Love,_Red_Hate?oldid=6938"
Community content is available under CC-BY-SA unless otherwise noted.